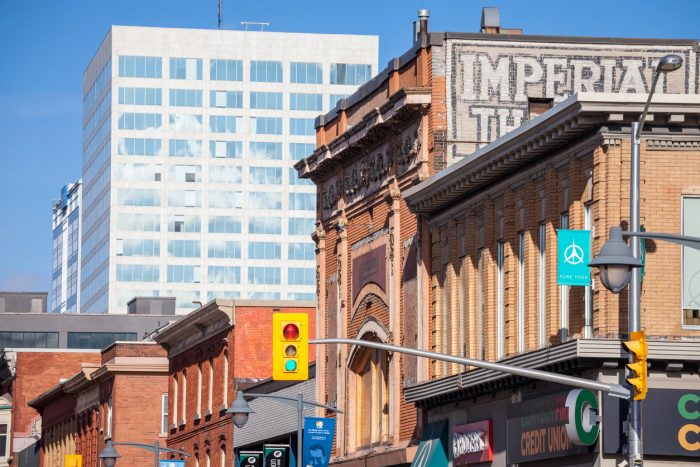 Where did Ottawa’s Bank Street get its name? It’s not likely what you think!

Have you ever gone for a walk around your neighbourhood and stopped to think where the street names may have come from? In Ottawa alone, there are almost 10,000 unique names for streets and this number grows almost every day! Street names come from a variety of sources and can have significant meaning or none at all. Let’s take a closer look.

Before we get into the actual names, let’s look at the different types and what these conventions can tell you:

Road: Simply defined as anything that connects two points.

Street: A public road that has buildings on both sides of it.

Avenue: The same as a street except that they run perpendicular to streets.

Boulevard: A wide city street that often features vegetation on either side or a median.

Lane: The opposite of a boulevard, a lane is a narrow road.

Way: A small side street off a road.

Drive: A long and winding road that has had its route shaped by its environment.

Terrace: A street that follows the top of a slope.

Place: A road or street that has no throughway – or leads to a dead end.

Court: A road or street that ends in a cul de sac or circle.

Crescent: A road that takes the shape of a crescent moon or a “C”.

Who Names a Street?

There are many people involved in the naming of streets. Developers play a large role in coming up with names but the City have the final say. There are many factors to consider when naming a street but the most important is whether the name is already in use in the city, or if it is too close (phonetically) to another name. This is very important for emergency services to be able to dispatch fire, police, and ambulance services in an emergency to the correct address.

The inspiration for names can come from a variety of sources including history, celebrities, the geography of the area, nature, and even pop culture. Some neighbourhoods have themes as well where all streets must match within set guidelines. For example, there is a neighbourhood in the west end that features yoga terms as street names (eg. Plank street and Warrior Street).

History: History can be used in a variety of ways when it comes to naming roads. Whether it’s a historical figure or event, there are a variety of street names around town that are named in a memorial to our history.

Celebrities: There are many celebrities (from Ottawa and not) represented in street names around town. Some have strong ties to the area and others just happened to be popular at the time of development.

Geography: Many local streets were named for the geography that surrounds them.

Nature: By far the most common category of street names in any city, there are many roads in Ottawa that are named for trees, birds, or animals.

Pop Culture: There are many unique nods to pop culture that can be found around the city. Whether a street is named after popular fictional characters or places, they are certainly conversation starters.

Want to Have Your Say?

Do you have a great idea for a street name? Perhaps it’s the name of someone who was important in your community or an important element of our culture that should be reflected. Either way, the City of Ottawa are always looking for suggestions. Fill out a simple form, and you never know, you may see your idea one day up on a sign!

Own a Piece of History

Street signs get replaced for a variety of reasons (renaming, new designs etc.) and the City of Ottawa have made the old signs available for purchase. Their database is always changing so it is important to check back frequently but this is a great way to own a piece of history!